Bernadette’s works take many forms. Her choice of materials and scale changes depending on what materials, tools, equipment and space is available to her.

Aboriginal and Torres Strait Islander people are warned that this website contains images
of deceased people.

Her introduction to studio-based arts, screen printing and political arts came about through her employment with Redback Graphix, Sydney. Bernadette was educated and trained by Redback artists and printmakers during her formative years as a young artist (from the age of 18 – 23).
Her key mentors from this time being Michael Callaghan, Alison Alder, Paul Cockram and Social Worker Litsa Nossar, who would go on to become life-long friends. 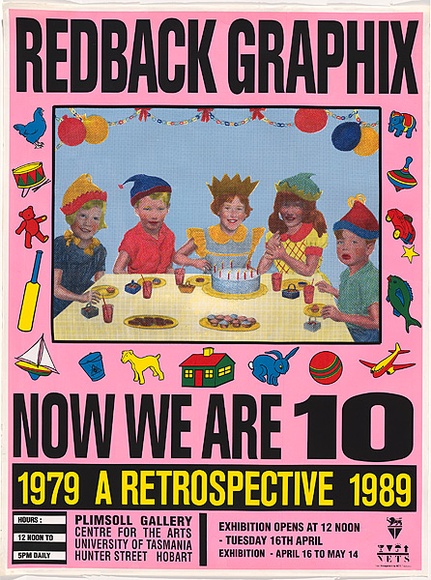 Bernadette engaged in formal studies firstly through an Associate Diploma (1991-1992) at St George TAFE in Kogarah, Sydney NSW, where she majored in Painting and Minored in Photography and Ceramics. From there, she received advanced entry into a Diploma in Fine Arts at Sydney’s National Art School (1993-94), majoring in Sculpture. This is where her love of working with steel, timber and casting was developed and nurtured while studying at NAS and her time there was most influenced by artists who worked primarily within the Modern Figurative & Modernist traditions: Her mentors then included Clara Hali,
Ron Robertson-Swan and Michael Snape.

After graduation, she went to live and work in the Gulf of Carpentaria and Western Cape York
(1995 – 2000) where she established screen printing workshops and supported cultural and contemporary artists in the production of their work. Bernadette’s travels in the region lead her to work in government and community outstation schools, local government run Training Centres, women’s shelters and aged-care facilities. As well as community arts and land management organisations in Kowanyama, Mornington Island, Doomadgee, Burketown, Mapoon and Aurukun.

These were transformative and hard-working years for Bernadette as she distanced herself from the Western Art world and its traditions and immersed herself most deeply in the cultures and politics of the Kunjen, Wik and Kugu peoples.

It was during this time that Bernadette learned the traditional Aboriginal skills of weaving and how to harvest and process various natural resources for use from the experts of the region. She was privileged to be generously taught and guided by Aboriginal Elders, Master weavers & craftswomen Alma Wason and Judy Brumby (Kunjen), Gladys Tybingoompa (Puch), Annie Kalkeeyorta, Dulcie Taisman, Topsy Wolmby, Mavis Ngallametta and Doreen Marpoondin (Apalech); and Master carvers / craftsmen Francis Yunkaporta, Silas and Jubilee Wolmby (Apalech), McNaught Ngallametta (Wanem), Arthur Pambegan (Winchanem). The majority of whom are all now sadly deceased.

Her collaborative, organisational, construction and screen-printing skills were put to good use during her time in these communities.  Working as part of a team in Aurukun (2007-2000) she helped to build the profile and economic capacity of the traditional, cultural and contemporary arts of the region, in collaboration with Indigenous Land management rangers, teachers and other program workers. She was also actively involved in behind the scenes work during the Wik Native Title Case and the challenge to Howard’s 10 Point Plan.

The Wik and Kugu Arts Centre of Aurukun was commenced during this period (1998-2000), growing out of the Manth Thayan Association which was established from the Woyan Min Uwamp Aak Ngulakana report and earlier community development planning and efforts.

Since graduating from JCU in 2005, she has worked as an independent artist and producer in both her studio practice and on numerous community cultural development projects across North Queensland, and the world.  Bernadette continues to work on many of these projects and benefit from the valuable collaborative partnerships which were grown and have been sustained over the years.

Currently, she is employed as a Project Officer with James Cook University’s Eddie Koiki Mabo Library helping to roll out their 50 Year Anniversary Projects (2019-2020).

The artist acknowledges the Traditional Owners of country throughout Australia and their continuing connection to land, culture and community. In particular, the Gurambilbarra Wulgurukaba and Bindal peoples of Townsville, on whose land she lives and works, paying respect to their ancestors and elders past, present and emerging.